Dr. Graham is a Board Certified Chiropractic Physician practicing in beautiful West Hartford, Connecticut. As Clinic Director of Spine By Design Inc, his mission is to transform lives and reset thinking on the journey into Total Health. A passionate teacher and inspired motivator, his Total Health philosophy is to educate about the potential of the human body, explain the intricacies of the natural healing process, and adjust health trajectories towards a true vital and rejuvenated lifestyle.

A life-long learner, his fascination with the most effective and pragmatic approaches to daily health routines has driven him to develop his Signature Approach to Chiropractic and Wellness Care. It is his belief that health is not a destination, but the journey of conscious and unconscious choices made moment by moment.

To that end, he implores you to be careful of the Health Culture to which you subscribe. He extends an invitation to join his positive health tribe via social media as we seek to break the cycle of misinformation regarding health-care and dis-ease that has unfortunately been marketed literally till death.

Dr Graham received his doctorate from New York Chiropractic and his undergraduate and graduate mathematics degrees from Central Connecticut State University where he was also a linebacker and member of the football coaching staff.

In 2011, he was nominated for the Presidential Award for Excellence in Mathematics and Science Teaching, the Nation's Highest Honor for Teachers of Science, Technology, Engineering, and Mathematics.

His work/life balance revolves around his family - between the cabin in the Adirondack Mountains, or on the waters of his native New York Finger Lakes. Currently he is the shouldering the belt of Scrabble Champion between his six siblings and won his football fantasy league again last year. 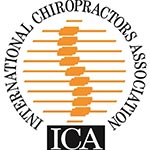